At September 26, 2018, Newtown Board of Supervisors meeting

Edward Furman, a partner at Maillie, LLC, presented a summary of the 2017 audit to the Newtown Board of Supervisors at the September 26, 2018, public meeting. Furman's opinion can be summed up by saying "As long as non-resident Earned Income Taxes are not severed, all is well in the Newtown Township financial garden."

The following table is a summary of the 2017 Government Funds Revenue vs. Expenditures as reported in the 2017 Annual Audit. 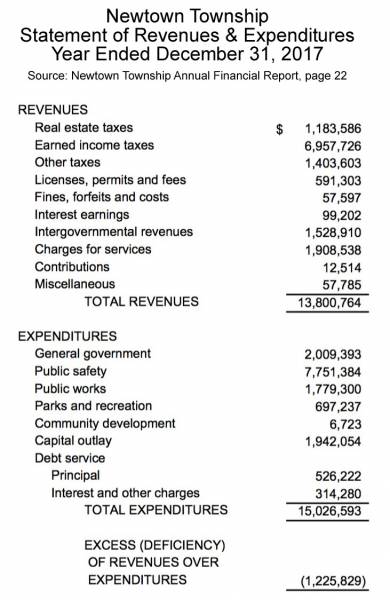