Welcome to the September 2021, issue of Newtown News Update. Back issues and subscribing information can be found here. The opinions expressed here are solely the those of John Mack and do not reflect the opinions of any other person or entity. Download the complete printable PDF version.

The 2021 budget process was a fiasco! At least that’s what many people have told me and I have to agree. The first opportunity that the public had to view the numbers and other details of the proposed preliminary 2021 budget was shortly after the budget was "hung"(i.e., advertised in a local newspaper) on November 30, 2021. The public then had only about 20 days after that before the Board of Supervisors (BOS) voted to finally approve the budget on 22 December 2020.

During the period between the “hanging” of the preliminary budget and approval of the final budget, much haggling was going on with precious little time to incorporate any changes suggested by the public. A petition signed by nearly 400 residents who opposed the proposed tax increase was submitted to the BOS.

Now that the summer is over, Newtown Township supervisors as well as some residents are beginning to wonder what the township management is planning for the 2022 budget. Will there be another tax increase? How many miles of roads will be repaired? Etc.

Also of concern: Will the process be any better than in 2021? It’s September and the process hasn’t changed. In particular, residents again won’t been given an opportunity to weigh in until the budget is "hung" - i.e., advertised in a local newspaper - probably after Thanksgiving!

At the August 11, 2021, Board of Supervisors (BOS) meeting, Newtown resident Frank McCarron asked some very important questions regarding the 2022 budget process. Mr. McCarron, for example, wanted to know if the township looked at the 5-year plan provided by ESI consultants to see if the predictions were borne out and what the impact would be on the 2022 budget.

Figure 1: Newtown resident Frank McCarron stood before the Newtown Township Board of Supervisors at the August 11, 2021, public meeting and asked some very important questions about the budget process. View the video on Youtube.

“I don’t see any discussion [by the BOS],” noted Mr. McCarron. “Did we need to raise taxes? Did we raise taxes enough or too much? I hope you can add to your September agenda a discussion of where we stand financially this year versus what was expected when you raised taxes.”

The answers to these questions are important, because based on the consultants’ analysis, much of the original justification for the 2021 tax increase was to maintain a fund balance of at least 10%.

How The Consultants Got It Wrong

In an October 13, 2020, Financial Plan Report for Newtown Township, ESI Consultants predicted the reserve balance share of expenditures to be 8 percent in 2020. “Overall, the current General Fund balance level is below the GFOA suggested guidelines, which recommend a local government maintain a fund balance equal to two months of expenditures, equivalent to approximately 17 percent of General Fund operating expenditures,” warned ESI Consultants.

This is important, because based on the consultants’ analysis, much of the original justification for a tax increase in the 2021 budget was to maintain a fund balance of at least 10%.

The following chart (Figure 2) is a modified version of the chart on page 23 of ESI’s report. The chart shows updated data regarding the 2020 general fund balance based on numbers in the published 2021 budget.

Figure 2: Trend in Newtown Township’s General Fund Balance. Modified ESI chart. The “Current 2020 Balance Estimate” is based on numbers from the final 2021 budget.

“Historically, Newtown has used General Fund reserves to avoid deficits as revenues have failed to increase in proportion to operating expenses. This practice of funding deficits with reserves is unsustainable, as the General Fund reserve has continued to decrease and could reach dangerously low levels in future years, if not by the end of 2020” concluded ESI.

Not only did this faulty prediction affect the 2021 budget, but the BOS diverted $290,000 ear-marked for road repairs to the General to help cover the anticipated shortfall (read “2020 Road Program Falls Victim to COVID-19”). In addition, the 1.0 mill real estate tax that in the past was specifically used to borrow money to repave more than 5 miles of roads, was “re-allocated” to the General Fund to pay other expenses. In the 2021 budget, the General Fund includes only enough money from the state “Liquid Fuels Road Program” to pave 2 miles of roads this year (see Figure 3). 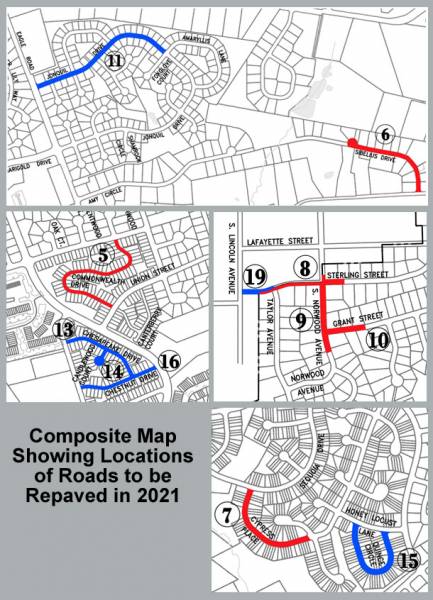 Suggestions for Improving the Process

Up until now the Manager, Micah Lewis, has played it pretty close to the vest and has refused to talk to the BOS or Newtown Finance Committee (NTFC) members about details relating to budget numbers until all the data – mostly tax income data – are in. The NTFC is authorized to make financial recommendations to the township supervisors and last year’s experience prompted the NTFC to develop an unofficial revision of the budget approval process timeline for 2022. Some NTFC budget timeline suggestions include:

None of these suggestions was considered by the BOS and none was implemented. In my opinion, the most important recommendation made by the NTPC was to give the public more opportunity to review the budget earlier in the process. I for one certainly do not wish a repeat of last year and have repeatedly called for some public discussions about the budget beginning as early as this past spring. Other townships, such as Doylestown, began public meetings related to their 2022 budgets as early as May, 2021.

In Newtown Township, however, public participation in the budget approval process won’t begin until October 18, 2021, when the Township Manager presents the Preliminary Budget to the Board of Supervisors. Department heads will attend this meeting and be available to answer questions from the Board. This will be a public in-person meeting at 100 Municipal Drive in Newtown. Keep informed for details by visiting my “Upcoming Public Meetings” webpage. Although this meeting will be simultaneously televised on Cable TV (channel 22 for COMCAST/XFINITY, channel 40 for VERIZON/FIOS) you must be physically present to make comments. Dues to COVID, seating will be limited and the public is requested to wear masks.