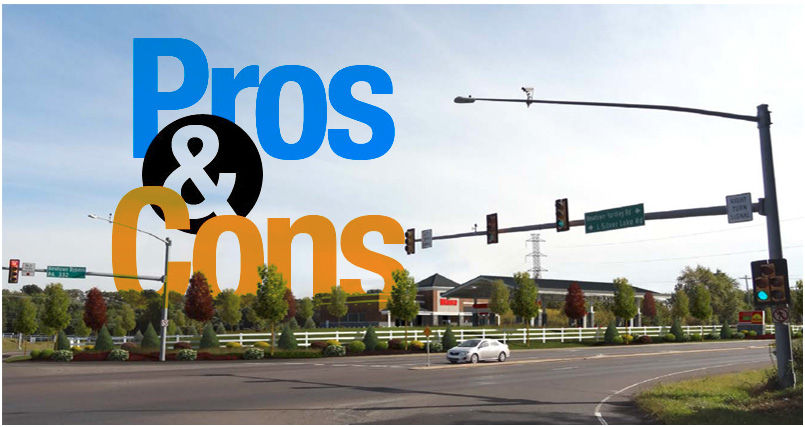 Previously, I summarized the case made by the developer and his legal counsel for approval of a Super WaWa (convenience store + gas station) on the Newtown Bypass (read “Developer and Attorney Present Their Case for a WaWa Superstore on the Newtown Bypass”). In this post, I summarize comments from the audience made at the May 14, 2018, Board of Supervisors (BOS) Work Session. Since work sessions are not video recorded, I recorded the audio, which I used to create this summary.

Increased traffic volume and safety issues were a concern of many residents. “The overriding issue we have, of course, is traffic,” said Rick Fuerman representing the Wiltshire Walk Homeowners Association. “What really needs to be done here first is to have that traffic study done before anything really gets considered because that’s really the big speed bump to getting things done. “Let’s not kid ourselves. There will be billboards out there on route 95 that advertise ‘get off at this exit for WaWa’ and you will have a lot of traffic coming in off the Bypass for that.”

Mr. Fuerman also expressed concern regarding 24-hour lights and sounds (the proposed WaWa site is located only 0.4 miles from Wilshire Walk). It should be noted that, according to the minutes of the May 10, 2017, BOS meeting, a Supervisor said that “at one time WaWa had been in discussions with the owners of Newtown Rental Center [much closer to Wiltshire Walk] and she and Planning Commission Chairman Allen Fidler had participated but it seemed WaWa did not consider the rental center property desirable because of the high tension Wires.” The current location under consideration ALSO lies beneath these wires, but does not seem to be a concern this time around.

Preserving the Historic Nature of Newtown

One specific complaint often heard is that by permitting this retail use on the Bypass it will set a precedent for other land along the Bypass to be opened for retail use as well. As one resident put it: “It would open a Pandora's box for development on the bypass. Pretty soon it will look like Route 1.”

Keeping the rural look of the Bypass has been a tradition in Newtown. Several years ago a car dealership was denied its application to open on the Bypass in the same location, I believe. This decision was upheld by the State Supreme Court.

Rick Steele, owner of Rick Steele Gulf Service on Newtown Yardley Road, noted that “Stockburger tried to build out there…did not want to have the berm…you guys [previous BOS] gave him a hard time about the landscape. Now they [WaWa] want to come in and take that away.”

Mr. Steele also asked about signage: “What kind of signs are these guys going to put up? The LED lights that all WaWa’s use? We got declined for that.”

“The reason I moved to Newtown was because of its historic nature,” said Norman Seeger of Willow Drive. “When you come in from 95, you see farms, a beautiful office complex. You don’t see a Pizza Hut. You don’t see a McDonalds. You don’t see what you see in a lot of other towns. And that’s the beauty of our town. So, I am opposed to that site.”

Listen to Mr. Seeger’s comments, which also speak how a WaWa at the proposed site would draw people away from businesses downtown:

At least two Newtown residents supported the establishment of a Super WaWa convenience store and gas station on the Bypass. Shelly Howland said: “I hope, someday, to see WaWa on the Bypass. That property is vacant land…I believe the tax revenue is less than $200 per year. I think this is a revenue generator.” She claimed that Newtown lacks the infrastructure and support for people that work in office areas. “There is no place to get a normal sandwich for less than $15. I think reasonable people can find reasonable ways to accommodate WaWa in Newtown.”

BTW, you can get great sandwiches at Joey G’s at 861 Newtown Yardley Road for about $8. Just sayin’

Ms. Howland did not explain how a WaWa would generate revenue for Newtown when others have noted the minimal EIT that would be collected and how a WaWa would draw business away from other local businesses. Mr. Fuerman said: “Regarding office space – even if you build an office building with 20 employees you’re still collecting a higher EIT [Earned Income Tax] than from WaWa employees,” noted Mr. Fuerman. “The question is ‘what is the economic value of a WaWa?’”

If You Build It, Will They (Employees) Come?

Meanwhile, another resident (Ms. Ward), an HR manager, asked: Where will WaWa find employees? Wendy’s for example had to “face the fact that they were not going to have employees show up on a regular basis and work the hours that they [needed them to work] without suffering lapses in coverage. Children in Newtown, whether we like it or not, do not work. If you build it, they may NOT come.”

“Another thing we know, if you want to buy drugs,” said Ms. Ward, “the WaWa in Richboro and the 711 in Newtown, is where I can score any drug I want. The Bypass is going to be a perfect place to go. We’re already overtaxing our police force as it is. Do we want to add on to that?” See got a round of applause.

Although a traffic study was mentioned, there was no promise when that would be completed, only that it would be made publicly available during the course of pursuing a rezoning effort, which was suggested as the next step in the process. This was explained by attorney John VanLuvanne. Listen to his comments:

UPDATE 5/29/2018: If the ordinance is not amended, the developers would have to seek at least 10 “variances” from the Zoning Hearing Board, including: