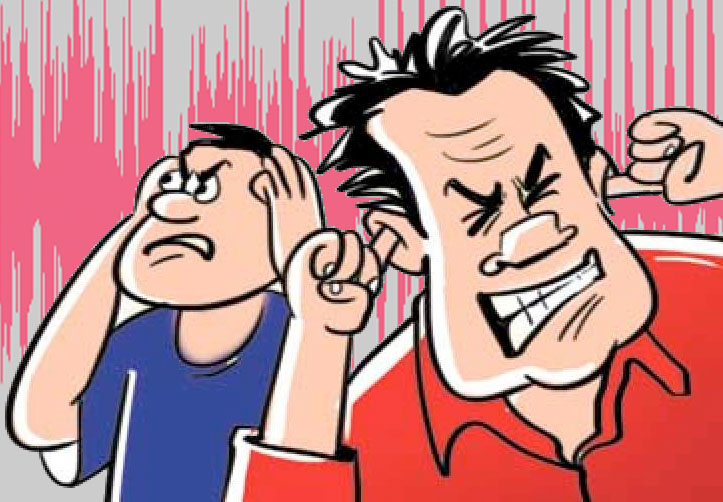 At the September 26, 2018, public meeting, the Newtown Township Board of Supervisors (BOS) will consider and vote on an ordinance (here) to remove from the Code of Ordinances of Newtown Township “certain provisions related to excessive and unnecessary noise and other nuisances.”

Specifically, the changes that are suggested include

“Excessive Noise Prohibited. In addition to the above, it is hereby declared to be a nuisance and shall be unlawful for any person, firm or business entity to make, cause, suffer or permit to be made or caused upon a property owned, occupied or controlled by him or it or upon any public land, street, alley or thoroughfare in the Township of Newtown any excessive noises or sounds, by means of vehicles, machinery, equipment (including sound amplification equipment and musical instruments) or by any other means or methods which are physically annoying to the comfort of any reasonable person or which are so harsh, prolonged, unnatural or unusual in their use, time and place, as to occasion physical discomfort, or which are otherwise injurious to the lives, health, peace and comfort of the inhabitants of Newtown Township or any number of residents thereof” (see here).

The prohibition of “Performing any construction operation or operating or permitting the operation of any tools or equipment used in construction, drilling, blasting, demolition, excavating, extraction of stone or other such activities between the hours of 8:00 p.m. and 6:00 a.m. or at any time on Sunday” will remain. Note: This provision does not apply to domestic power tools.

“Any person or business entity engaging in any use or activity upon property which by reason of odors, fumes, vapors, vibration or dust unreasonably interferes with the use, comfort and enjoyment of another's property, or endangers the health or safety of the occupants of another's property.”

Why is this being considered?

According to the minutes of the June 18, 2018, BOS Work Session, Newtown Zoning officer Martin Vogt said “enforcing, a sound or a smell as a nuisance is arbitrary.” Section 10-501(B) is difficult to enforce. An example cited that “the Township had responded to a complaint regarding excessive noise, [which was claimed to be] ‘physically annoying’ [due to] the hum of a neighbor’s air conditioning unit.” It was suggested that “Complainants try to draw the Township in to make their case for them to reference these things that can’t be measured.”

Also, when there is an annoyance of animals (dog barking, bird chirping) it is difficult to catch them in the act. A barking dog would be a private nuisance since it affects a few people. A public nuisance would be, for example, constructing something over a major intersection that would affect a larger amount of people. The proposed amendment would not affect the enforcement of such “public nuisances.”

Is Enforcing the Current Ordinance a Burden?

According to the August 2018 Police Report, in 2017, there were 76 “Noise Complaints” in Newtown Township and Wrightstown. Compared to other “nuisance” calls such more than 22 false burglar alarms and more than 5 false fire alarms per week, responding to 1.5 noise complaints per week does not seem like a burden.

It remains to be seen if the passing of this ordinance would have any impact on monitoring the noise level at public events such as the annual Irish Festival hosted by the Green Parrot pub. Loud music from this event has been an ongoing issue with local residents. For more on that read “The Newtown Township Hatfields Versus the Borough McCoys!”; and view this video: “Green Parrot Irish Festival 2018 Pro and Con Debate”.

Whether or not “noise” from this event is a “public nuisance” may be determined by section 10-501.1.A of the Code of Ordinances of Newtown Township. This section – which the proposed ordinance does NOT eliminate – specifies the maximum allowable continuous sound levels (measured in decibels) for various zoning districts. For example, in the TC (Town Commercial) zone, in which the Green Parrot is located, the maximum sound level between 7 a.m. and 7 p.m. is 60 dBA and between 7 p.m. and 7 a.m. it is 50 dBA. These levels can be “measured” by experts at the scene, which was the case at the 2018 Irish Festival event.

If Excessive Noise Regulations Fall in Newtown Township and Officials No Longer Enforce Them, Will Residents Make a Sound?