Board of Supervisors Decimates Noise Ordinance 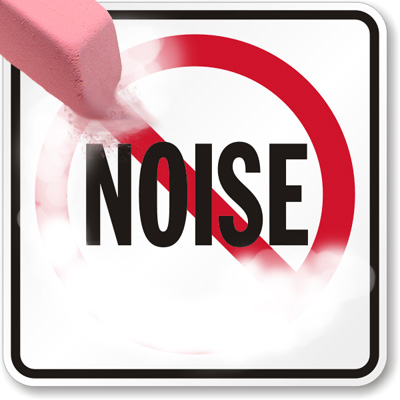 In a 4 to 1 vote at the Sept 26, 2018, public meeting, the Board of Supervisors (BOS) approved an Ordinance Definition to remove from the Code of Ordinances of Newtown Township “certain provisions related to excessive and unnecessary noise and other nuisances.” Find the ordinance here and below.

I voted "nay" primarily because I did not buy the argument that the ordinance should be gutted just because it was "unenforceable"; i.e., it is almost impossible to catch someone or something in the act of making a noise nuisance.

IMHO, that argument could be used to delete many laws from the books.

In fact, at the same meeting, the BOS voted to pass an ordinance forbidding the firing of a gun on town property such as Veterans park. It's a good idea, but if someone fires a gun in a public park - say squirrel hunting - does a cop have to be there to actually see that person fire the gun to issue a citation?

The reason offered for why the law was unenforceable was the notion that what's a nuisance to one person may not be a nuisance to another person - i.e., the original ordinance is too "subjective" and "arbitrary."

So, OK, firing a gun is not subjective - either it was fired or it was not. But let's examine the notion of "subjectivity" further.

At the meeting last night, several residents complained about a dog kennel that was a "nuisance" because of barking dogs. If only one person complained, I could see how this would be a "he said, she said" subjective situation or perhaps the person making the complaint just likes to complain and waste the time of cops. But if multiple people make the same complaint - as was the case last night - then I think the issue is no longer "subjective" and deserves some investigation by the police to enforce the noise ordinance.

Now that that option is gone, residents have no recourse but to take legal action themselves. That does not make for good neighbors.

It would be best, of course, if people could talk to each other and solve the problem amicably without bringing in the authorities.

I also think that although the police often - but not always - cannot tell who is being a nuisance and who is not, they are not over burdened by noise complaints. Only 76 noise complaint calls were made in all of 2017. Furthermore, when police go out on calls like this, it is an opportunity for them to interact with residents even if it is just to listen to both sides without handing out a citation. I know I would think twice about playing my music too loud if a police officer came to my door and said a complaint was made by a neighbor.

UPDATE (10/8/2018): Here's how Micah Lewis, the interim Township Manager, explained what was left in the Ordinance to a resident who wondered how it impacted noise at private events such as the Green Parrot Irish Festival: "As you are aware, Newtown Township recently amended its Noise Ordinance. The intent of the modifications to the Ordinance were to remove subjective/unenforceable provisions that were difficult to prove that a violation had occurred. The modifications to the Ordinance do not impact the sound attenuation level requirements (decibel levels) outlined in the current ordinance, which are measurable and supportive when a violation does occur. The modifications to the Ordinance do not impact PA State Law as the Liquor Control Laws stand for themselves and are a State provision."
UPDATE (10/13/2018): It seems the NT police are still making calls responding to noise complaints. According to the summary of calls made by the department bewteen October 5, 2018 and October 11, 2018, on October 7, 2018, "Police were dispatched to a Delaware Court residence around 2:45 am for the report of a loud party. Upon arrival, police made contact with three individuals engaged in underage drinking. The individuals, a 20 year old female and two 20 year old males, were issued citations." Although it appears the call was made regarding a loud party, it was classified as "Underage Drinking" because citations were issued for that offense, not for noise. This just demonstrates why, IMHO, it is important to have a noise ordinance and for police to respond to noise complaints. It could be that this particular call saved the life of one of those individuals who may have otherwise left the party intoxicated and crashed his or her car. Hey, it's plausible.

BTW, read the following article published before the BOS meeting in the Bucks County Courier Times for my personal experience with a noise complaint made to Newtown police.

If Excessive Noise Regulations Fall in Newtown Township and Officials No Longer Enforce Them, Will Residents Make a Sound?