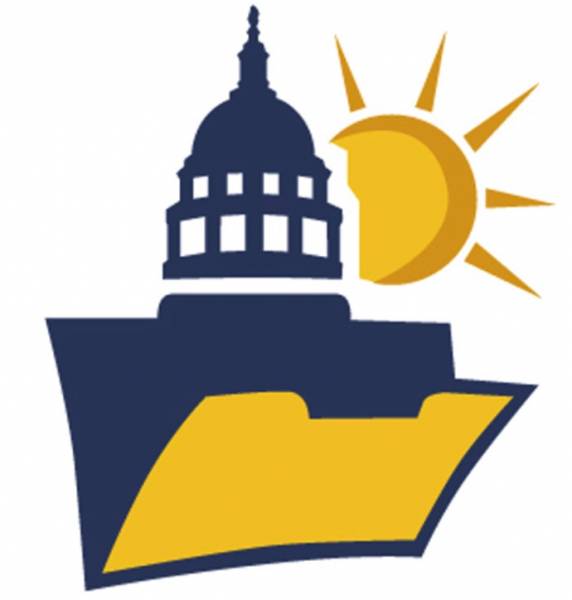 March 10 through 16 marks “National Sunshine Week.” It was created in 2005 by the American Society of Newspaper Editors. Its goal is to educate the public about the importance of open government and promote a dialogue about the importance of freedom of information and the dangers of excessive and unnecessary secrecy. Public access to official records is fundamental to the public’s ability to understand government actions and hold government officials accountable (source: http://sco.lt/6V79kX).

[March 16, BTW, is the birthday of James Madison, the father of the U.S. Constitution and a key advocate of the Bill of Rights.]

The Pennsylvania Right to Know Act, also known as the Pennsylvania Sunshine Law, is a series of laws designed to guarantee that the public has access to public records of governmental bodies in Pennsylvania.

As part of Sunshine Week 2019, the Pennsylvania Office of Open Records (OOR) is hosting a series of webinars. On Monday, I attended the “Right-to-Know Law (RTKL) Requester Training” webinar presented by Erik Arneson, Executive Director, Pennsylvania Office of Open Records. This webinar focused on how to write a good Right-to-Know Law request, accessing information in databases, significant deadlines in the RTKL, how to appeal a RTKL denial, and more.

Thanks to our Open Records Officer Micah Lewis, aka, Township Manager, I was able to analyze the open records requests processed by Newtown Township in 2018.

In 2018, Newtown processed 92 Open Records Requests in compliance with the State’s Sunshine Law. A total of 42 (46%) were from businesses, many of which sought building permit records. Almost half were from individuals.

Only 4 requests were from the media, which asked about employee salaries and website statistics. 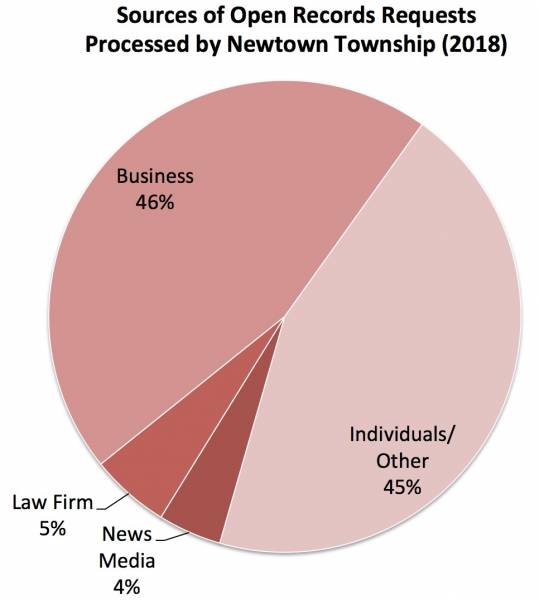 About 20% of the requests were denied mostly because there were no records that complied with the request.

That underscores the need for requester training. To that end, I urge all citizens to learn more about the PA Right-to-Know law and how to request public records by accessing the Open Records Office at www.openrecordspennsylvania.com.

How Does Newtown Township's Data Compare to Other Towns?

The Pennsylvania Office of Open Records released the results of a statewide 2019 Agency Open Records Officer Survey that sheds light on who is using the state’s Right-to-Know Law, what they’re using it for, and how much time officials are spending each week to fulfill requests. Unfortunately, Newtown Township did NOT participate in that survey. Why not? A good question that I intend to ask the Township Manager. Meanwhile, read the following: