Newtown Township Police Chief John Hearn presented the Calls Report for October 2019 at the November 13, 2019, Board of Supervisors meeting. The following is a summary. Note: Not all calls are listed. Download the full (redacted) report (PDF version) here. 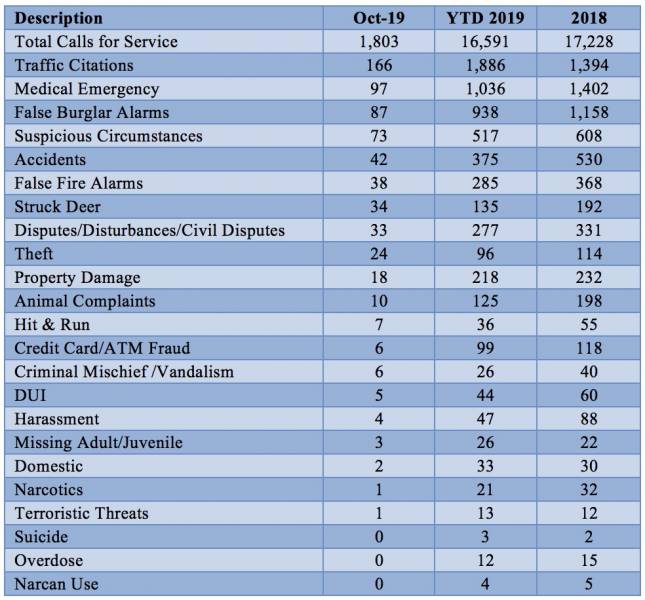 Traffic Citations Down for Month of October

The Newtown Police Department issued a total of 151 traffic citations in October 2019. 58 (38%) of these were for speeding, especially on Swamp Road and Newtown Bypass.

It’s that time of year again for deer to be crossing our highways. They aren’t looking out for you so please be alert and slow down through the area. If you see a deer near the road, be prepared for more to be nearby. #drivesafe https://t.co/5QRgaat51E 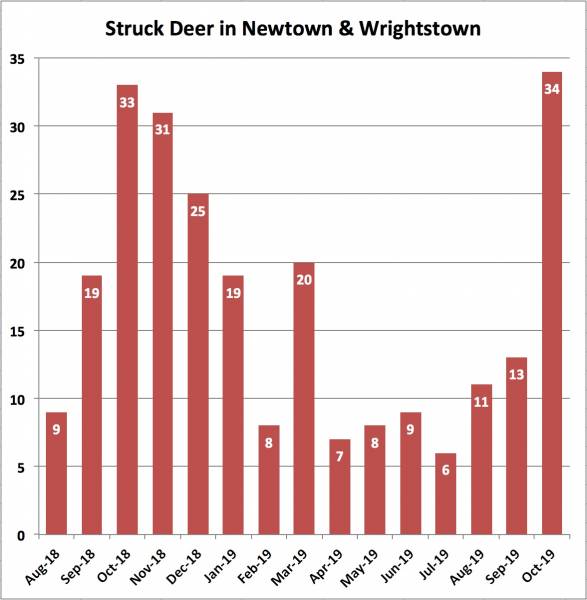 ACT 79 Non-Compliance is a new category added to the “disturbances” section of the Police Report. This act went into effect on April 10, 2019 and deals primarily with increased safety provisions related to firearms in both Protection from Abuse and misdemeanor crimes of domestic violence to help prevent domestic violence homicides.

Gov. Wolf said: “The incidents of domestic violence where guns are involved in our commonwealth prove that this commonsense law is an important step to protect victims of domestic abuse, save lives, and hold abusers accountable for their actions.”