Interim Police Chief Jason Harris presented the Calls Report for September 2018 at the October 10, 2018, Board of Supervisors (BOS) meeting. In September, the Newtown Police Department responded to 1,423 total calls, 238 (17%) of which were in Wrightstown Township (Newtown Police provides services to both Newtown Township and Wrightstown). See a summary of the report below. Note: Not all calls are listed. 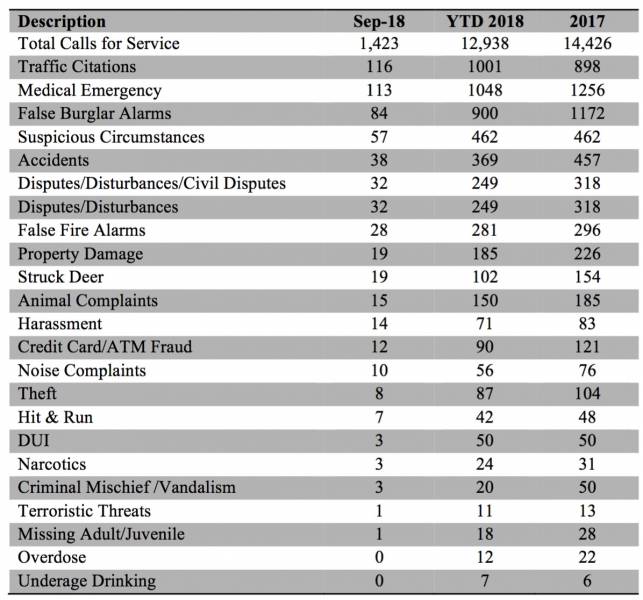 A couple of things to note:

Chief Harris also submitted a Traffic Citation Summary for September, 2018, to the BOS. At the meeting, I mentioned that there were 9 speeding citations handed out on Swamp Road between September 20 and September 26, 2018. This compares with just one such citation made in the previous 8 months of 2018! I assumed that this increased police activity on Swamp Rd was in response to residents’ complaints made at the September 12, 2018, meeting when PennDOT was here to answer questions about the safety issues of Swamp Rd (see video here). Chief Harris confirmed that that was the case.