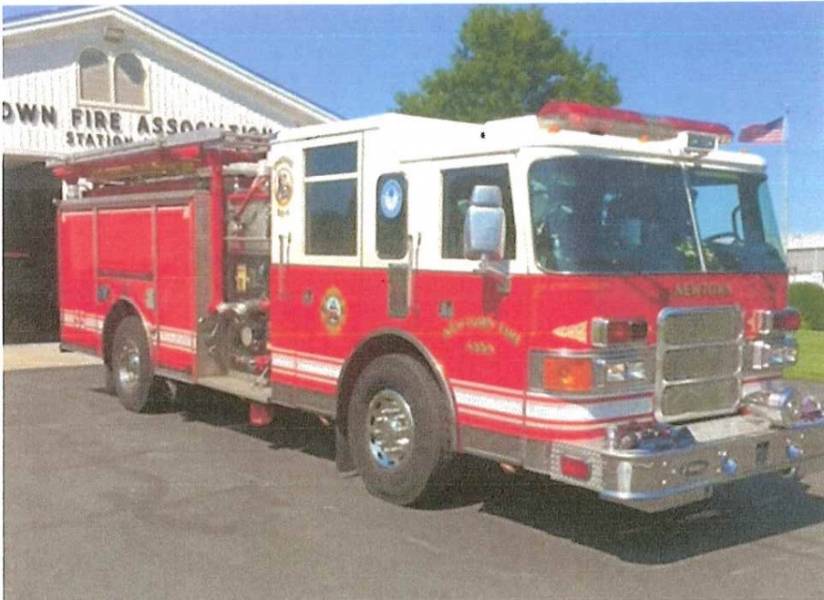 In November, 2017, Newtown Township issued an RFP seeking a fire service consultant experienced in the management and operations of volunteer/combination fire departments to undertake “an organizational, effectiveness and overall efficiency study on staffing levels, facilities, apparatus needs, equipment, administration, financials pertaining to the fire service and the services of the department serving our community.”

In February, 2018, Harry R. Carter. Ph.D., L.L.C., a municipal fire protection firm headquartered in New Jersey, was approved by the Newtown Board of Supervisors (BOS Definition) to perform the analysis (see minutes of the February 14, 2018, BOS meeting). Dr. Harry Carter has more than 35 years’ experience as a municipal fire protection consultant. He has been a member of the fire and emergency services world since 1964.

The final Fire and Emergency Services Study was completed in December, 2018, and is currently available on the Township website here.

The Newtown Fire Association (NFA), which is a volunteer fire department, provides fire protection to both Newtown Township and Newtown Borough. In 1996 the fire association approached the township and requested assistance with the fire services coverage due to the lack of volunteers available during daytime hours. To meet that need, the township established the Newtown Emergency Services Department (NESD) to provide fire services coverage Monday through Friday from the hours of 8AM - 4:30PM.

In 2002 the Emergency Services Department expanded their hours from 6AM-6PM due to the limited availability of volunteers. That level of service continues today. NFA continues to provide coverage for the remaining hours, 6 P.M. - 6 A.M. during the week and 24 hours on Saturday and Sunday. NFA also provides for 24-hour coverage during twelve (12) holidays in which the township is closed.

Dr. Carter’s study made several recommendations. The following is a list of some of the most important recommendations that pertain to the reorganization and effectiveness of Newtown’s fire services. Please refer to the full study here.

“Let me suggest that a major problem in Newtown Township involves the staffing level of your fire department,” noted Dr. Carter in the study. “I must recommend that you broaden your career staffing to cover a seven-day per week operation.”

According to Dr. Carter, many personnel in the volunteer staff  “do not recognize” the fact that that Glenn Forsythe is the chief in charge. “We did not see any organizational chart which accurately portrayed the manner in which the organization operates,” said Dr. Carter.

The report recommends that a “true combination fire department” should be created which combines Station 45 (the volunteer station on Liberty Street in the Borough) and Station 55 (the paid staff station located in the Municipal Complex at 100 Municipal Drive in the Township) under the control of the career fire chief (Glenn Forsyth).

“The existing and future [Newtown] population that can reasonably be expected to evolve may not be of a type and kind … willing to become active volunteer members of the fire department,” said Dr. Carter in his report. “This fact will at some point in the future lead your community in the direction of some form of combination of full-time career fire department in line with your paid-on-call workers in the future.”

Dr. Carter recommended getting out “in front of this issue” by forming a committee and to determine how new combination department should develop.

Meanwhile, according to the report, career staffing hours should be expanded to a seven days a week schedule. This recommendation is based upon a review of response data [in 2018, the average time for fire personnel to get the scene of a fire call ranged from 9 minutes, 50 seconds to 10 minutes, 20 seconds. The longest recorded response time was 19 minutes.]

The fire stations are poorly positioned, according to the report. “The station on Municipal Drive is poorly located with regard to the township and the borough,” said Dr. Carter. “The Borough station is also poorly located for its role in the protection of the township,” he added. The report recommends that consideration be given to developing plans for a new fire station in the area of Sycamore Street.

“It was my observation that many members of the organization do not believe their input is really desired and appreciated,” Dr. Carter noted. “It seemed to my associate and me that an insufficient number of ways exist within the fire company for the agency as a whole to communicate with its members and itself. The key to continued success … is to maintain an open and sincere line of communications between and among the officers and members of your fire department,” suggested Dr. Carter.

“During the interview process my associate and I found that many people spoke about the manner in which apparatus acquisitions were being conducted,” said Dr. Carter. The report recommended that a formal apparatus acquisitions committee be created which is responsible for working to develop the recommendations for new apparatus and equipment. This committee must have members of both the career and volunteer staffs and will serve in an advisory capacity to the career Fire Chief.

Finally, Dr. Carter recommended that all members be made aware of the nature of the financial arrangements that the fire association (and thus the new combination fire department) has with Newtown Township. He suggested that this be part of a facilitated meeting involving all members of the department. This meeting should be facilitated by someone outside of the department with a fire and EMS background who has experience in conducting such meetings. “All of the issues identified in this report could be addressed at that time,” said Dr. Carter.