Police Chief John Hearn presented the Calls Report for March 2019 at the April 10, 2019, Board of Supervisors (BOS) meeting. In March, the Newtown Police Department responded to 1,846 total calls, 338 (18%) of which were in Wrightstown Township (Newtown Police provides services to both Newtown Township and Wrightstown). See a summary of the report below. Note: Not all calls are listed. 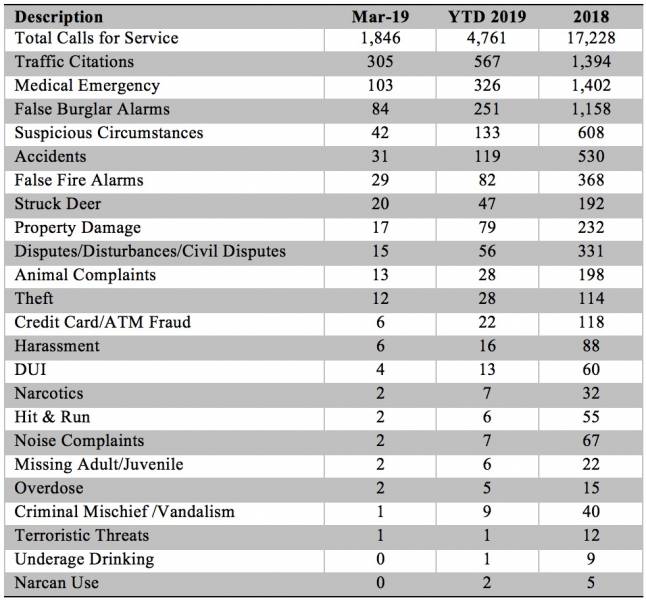 Crack Down on Aggressive Driving

The Newtown Police Department along with 63 other municipal police departments in surrounding counties are participating in a campaign to crack down on aggressive driving. The campaign officially started on March 18, 2019 and will continue through April 28, 2019.

As a result of that campaign, there were a total of 305 traffic citations issued by the Newtown Police Department in March, 63 (20%) were in Wrightstown. Over 50% of those citations were for speeding (31 on Swamp Road). See the chart:

There were 20 police incidents involving struck deer in March 2019 compared to 8 in February. Chief Hearn offered no explanation for the surge, but a resident noted that she recently has seen deer crossing the Newtown Bypass. It is not known if there is any connection between the two, although it is thought that the deer were “crossing at the green, not in between.” 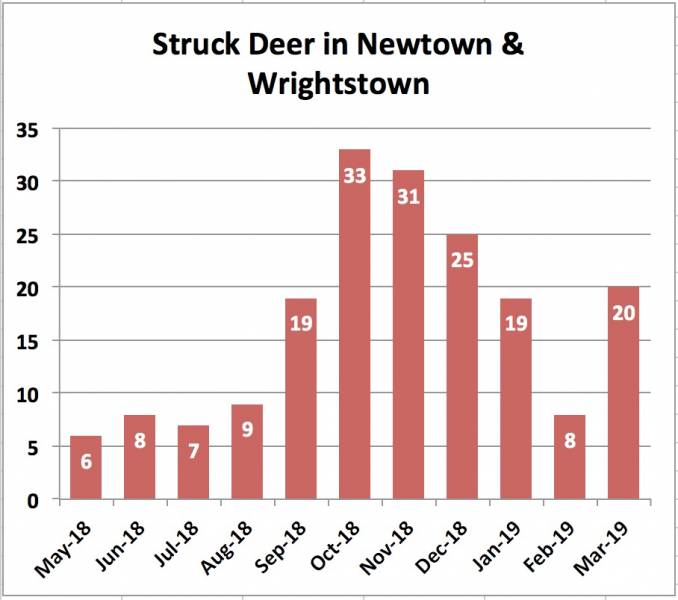 At the April 10, 2019 Newtown Township Board of Supervisors meeting, Lieutenant Jason Harris was presented with a plaque acknowledging the Board’s appreciation for the job he did as Interim Chief of Police from July 2018-March 2019. Nice job Lieutenant Harris!